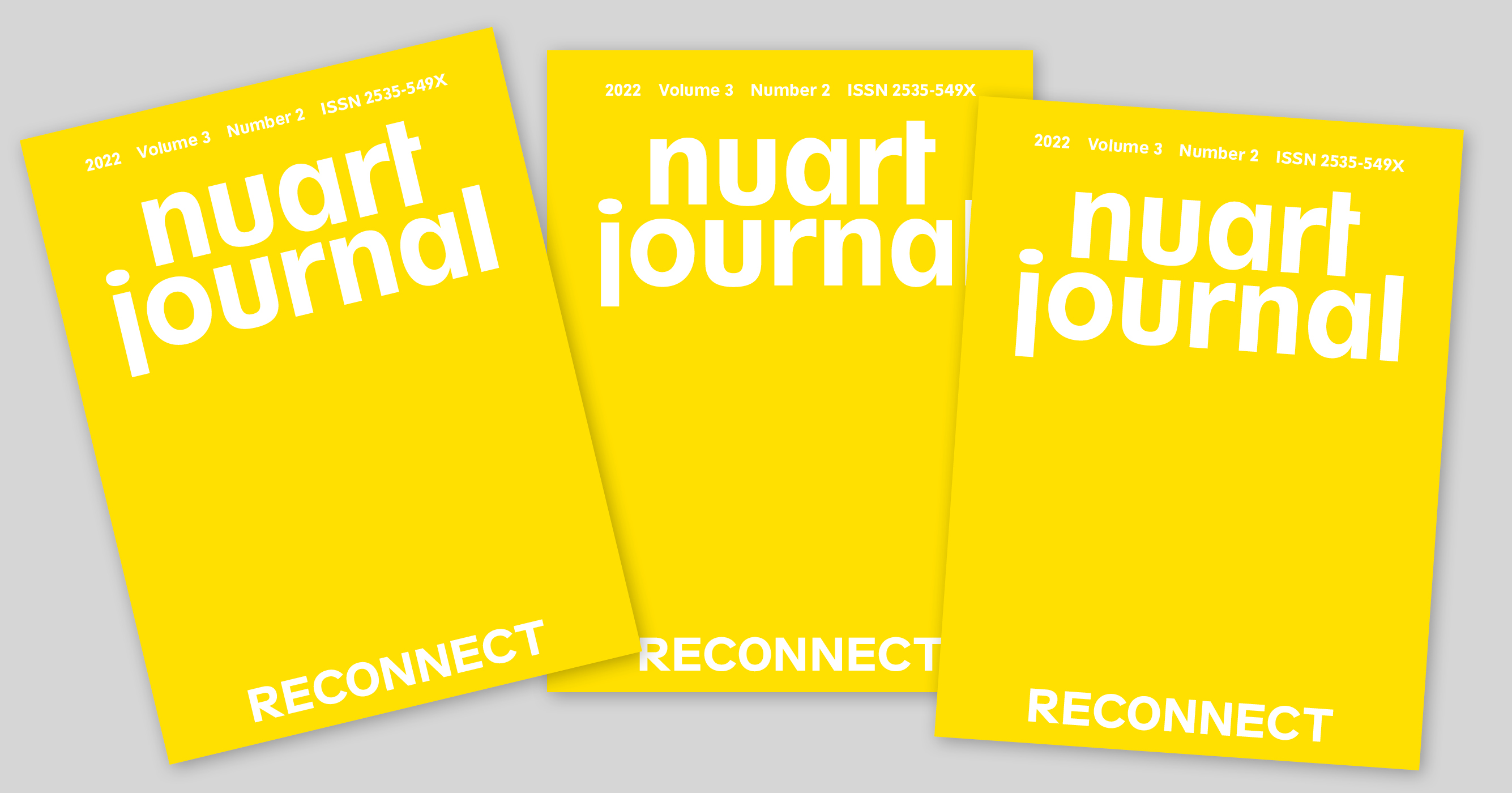 Join us for the exclusive launch of Issue 6 of Nuart Journal. Nuart Journal was first published in 2018 to widespread critical acclaim. Professor Jeff Ferrell, from Texas Christian University has called Nuart Journal ‘the most exciting mix of political, visual, and intellectual energy I’ve seen in a long time!’

Following last year’s LOCKDOWN issue, this edition explores the theme of RECONNECTION and the ways in which researchers, artists, curators, and communities are forging and renewing connections with cities, projects, and each other as the uncertainty and disconnection of the past two years recedes.

Nuart Journal’s acid yellow RECONNECT issue contains 12 original articles. In his discussion of his latest book, ‘Lost Picture’, Professor Jeff Ferrell, the godfather of graffiti scholarship, asks whether we should rethink what we see as ‘street art’ by considering what forms of ‘hidden’ art on the streets might exist. He notes that ‘art in the museum or the household is confined to those who have access to it. But street art is there for everyone to see.’ Ferrell shows us a series of photos that were entirely salvaged from alleys and streets. Similarly, Adrian Burnham exposes the accidental and often anxious aesthetics of discarded everyday objects, as captured in the evocative photography of Franck Allais, while artist Alexandros Simopoulos presents a process-based visual essay, ‘Sache Que Je T’Aime: A Tag Turned Mural’, that shows the artist’s translation of an impassioned yet almost invisible urban scrawl to a work of monumental proportions.

These are just a small example of some of the most insightful and scholarly articles, reviews and visuals this culture currently has to offer.

The journal will on sale at the launch and throughout the festival period.