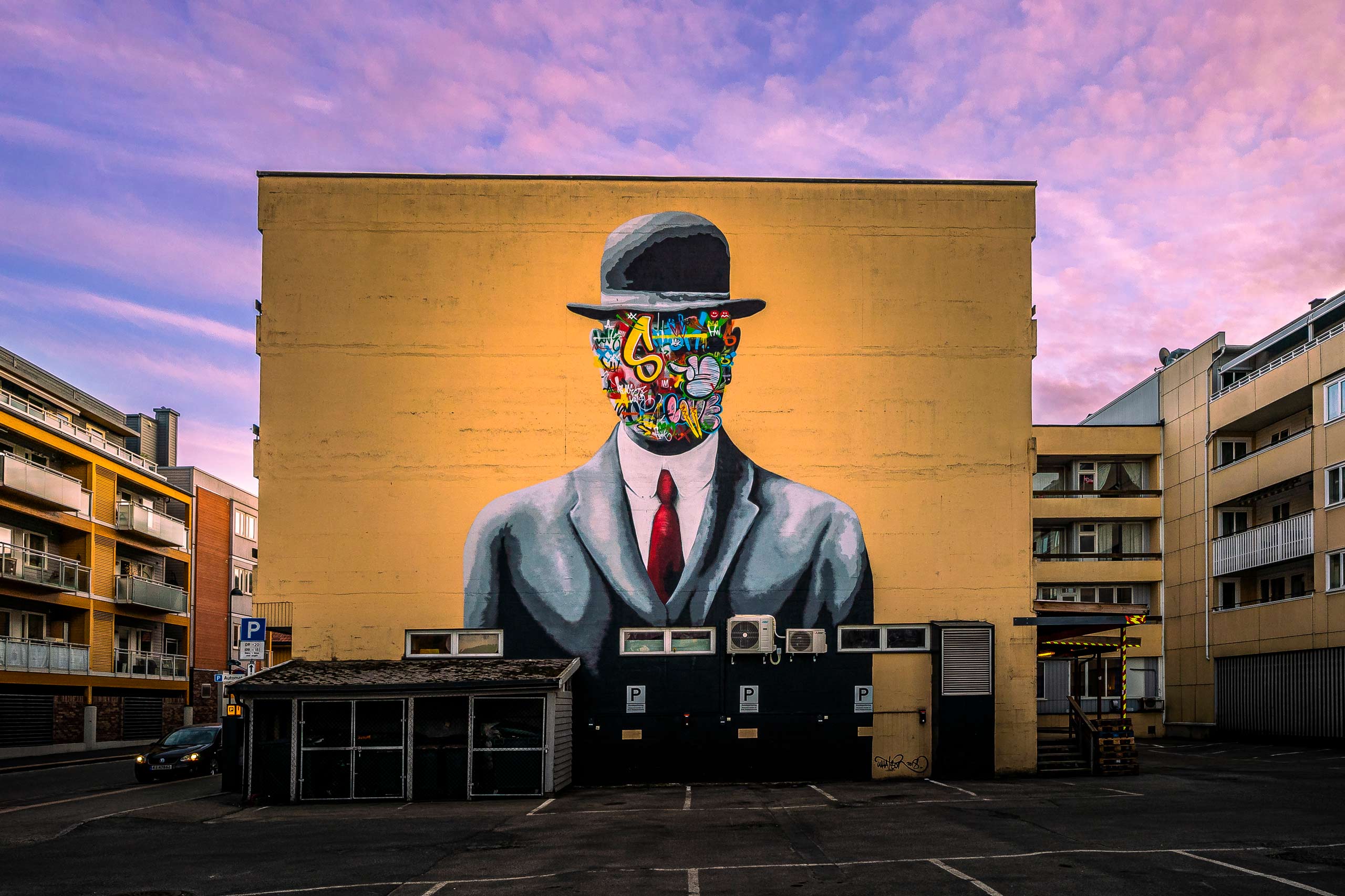 Martin Whatson (b.1984) is a Norwegian street artist best known for his calligraphic scribbles in grayscale voids. Martin was an active part of the emerging graffiti scene in Oslo in the early 90’s which at the time maintained zero tolerance. The physical architecture of the city was a constant inspiration, the elaboration and destruction of each generation contributing to the urban infrastructure. Over the past decade, Martin has developed an unmistakable aesthetic combining abstract movement with figurative stencilled compositions. His works mirror the rise and fall of the streets, as he symbolically recreates the urban environment, then vandalises it to reveal his vibrant transformations. Martin’s work has featured at festivals, projects and walls globally. His original work can be found in private collections and institutions with solo exhibitions featured in cities from Tokyo to LA, London to New York.