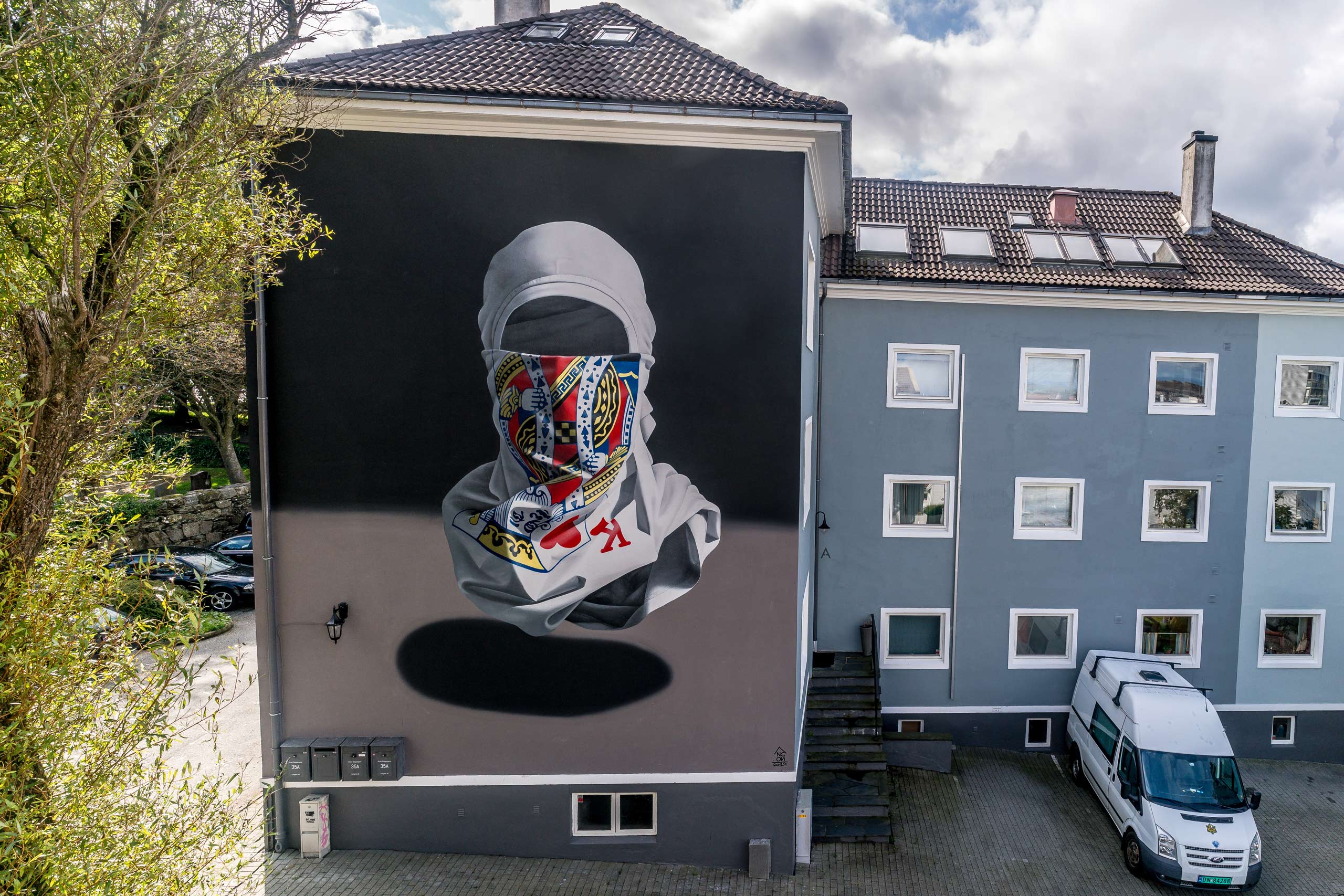 Nuno Viegas (b. 1985) also known as Metis, is a Portuguese artist born in Faro and raised in Quarteira. He is the founder of the art collective Policromia Crew and started his artistic journey with graffiti in 1999. After completing his studies in Visual Arts at the University of Algarve he moved to Rotterdam, The Netherlands (2014) where he discovered a new artistic identity and began to develop paintings strongly influenced by the graffiti scene. This has been the focal point of the artist’s production and his greatest source of inspiration.

Nuno presents us a contrast between the visually aggressive and sometimes dirty reality of traditional graffiti and its peaceful and clean representation in his works.