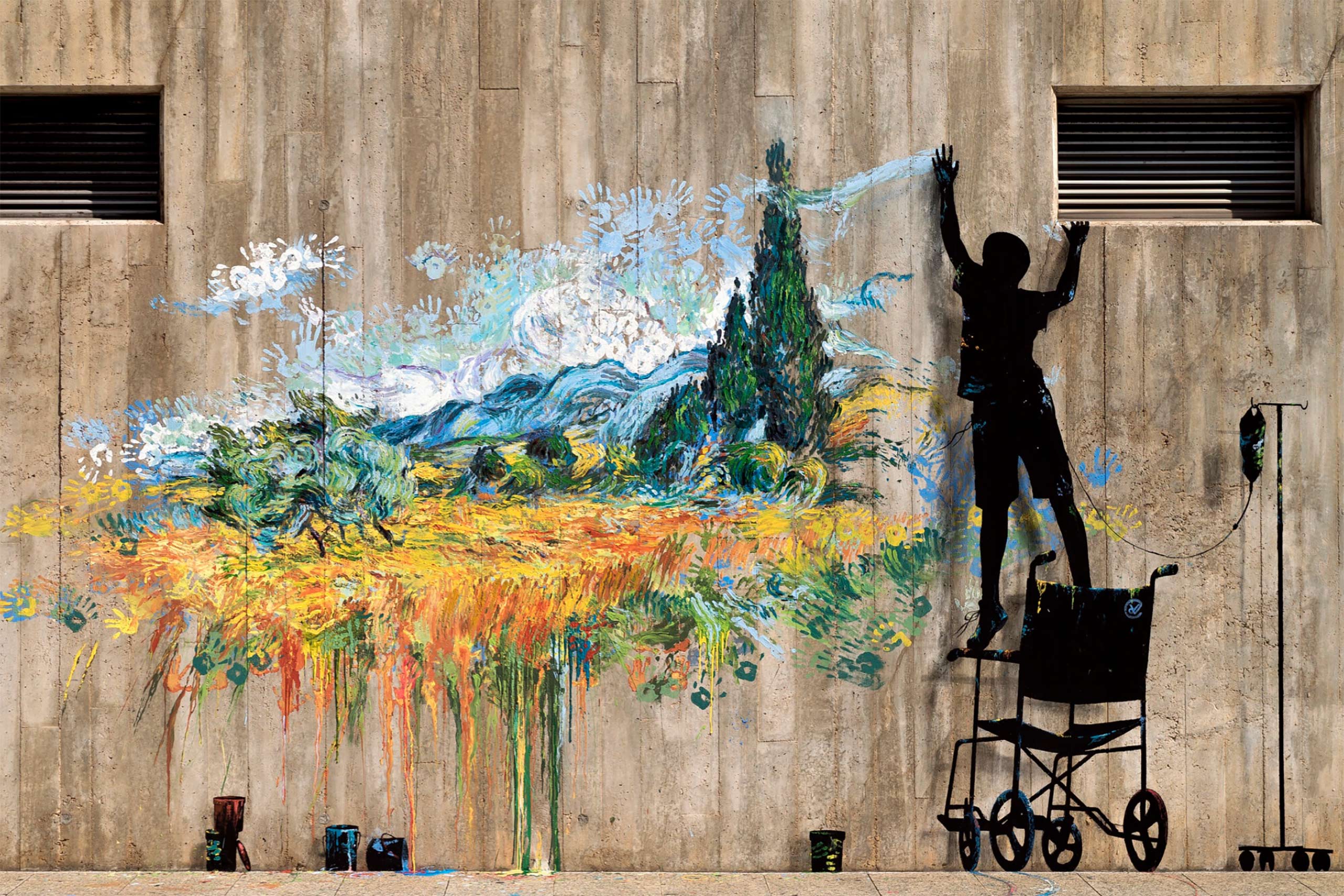 Pejac (b. 1977) is a Spanish painter whose works include outdoor murals, often utilising trompe-l’œil techniques. “I prefer to speak with a soft voice,” Pejac stated in one of his rare interviews, metaphorically describing his poetic approach to creating subtle, yet impactful studio pieces and urban interventions. “When people speak with a soft voice, others draw closer to listen.” Pejac is very particular when it comes to choosing the right place, right context, and right medium or tools, for a certain message. This is why he chose alleys of Istanbul for trompe l’oeil windows interventions; bustling streets of Bushwick, New York for a fossil trompe l’oeil; London’s light poles for gravity-defying shoes; Tokyo for a miraculous appearance of shark fin on the sidewalk; Amman for the poignant materialization of people’s memories on the weathered walls of the Jabad Al-Weibdeh refugee camp; or Moscow for My Only Flag, depicting a child raising a flag made of branches. – Sasha Bogojev