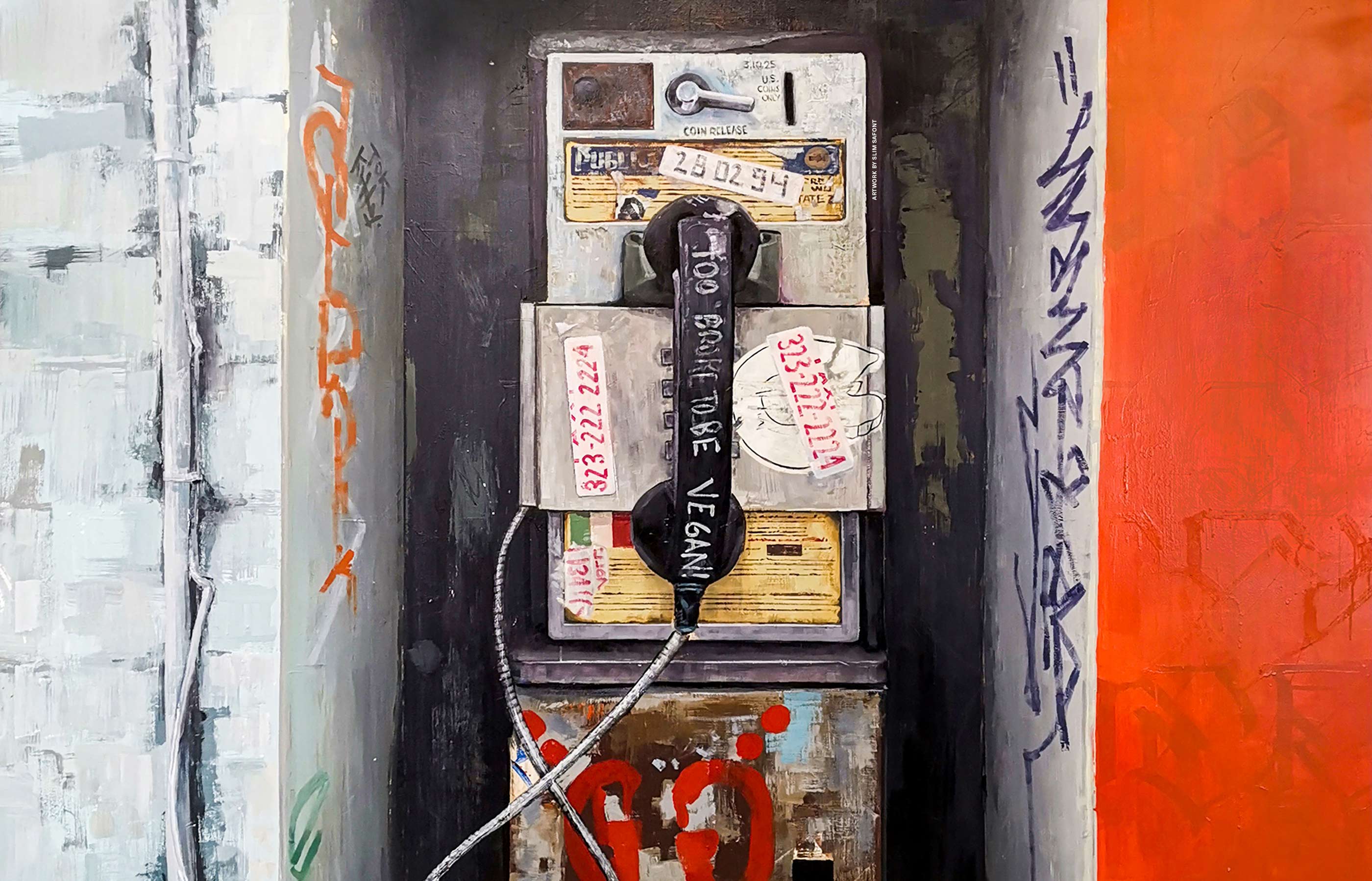 As we emerge blinking from the uncertainty and radical disconnection of the past two years of lockdown and social distancing, it is disorienting to rediscover those social connections and relationships to the people, places and spaces of our cities that have been stretched to the limit and in many cases broken and lost. No longer objects of risk, fear and constant surveillance, we hope Nuart’s “reconnect” edition can help to dial down the background anxiety that had become part of our daily lives.  To help us do this, we have connected with artists, academics and industry professionals from across the globe to explore and present the very best that this culture has to offer.

This year’s festival plays host to 11 inspiring national and international street artists. Festival artist Martin Whatson reconnects with a new piece having lost his earlier work to developers, whilst Scottish stencil artist James Klinge makes his debut and Spanish artist and activist Jofre Oliveras’ murals promise new connections with the city’s spaces. We also have a rare festival appearance from Spanish artist Pejac, whose trompe-l’œil techniques have enchanted audiences around the world. Portuguese artist Nuno Viegas will bring his clean and minimal work that draws on traditional graffiti for inspiration, while Barcelona-based Slim Safont’s striking murals offer intriguing links to our daily lives.

Popular Copenhagen-based muralist JACOBA returns to Aberdeen with an aim to creatively disrupt our sense of disconnection and indifference, and we are pleased to welcome London-based artist and activist for trans rights Erin Holly, whose studio and street-based practice are making an international impact. Spanish artist Elisa Capdevila’s large scale murals promise evocative slices of life reconnected, while Moroccan artist Mohamed L’Ghacham will recreate resonant scenes from everyday life writ large. Joining us from Norway, artist Miss.Printed will delight and surprise audiences with her delicate miniature paper collages placed in the streets. On Friday 10th & Saturday 11th, the artist will also be running a Street Collage workshop open to the public, alongside Nuart Aberdeen’s Chalk Don’t Chalk workshops which encourage children and families to create their own chalk street art pieces.

To launch the festival on Thursday June 9th, internationally renowned photographer and subcultural legend Martha Cooper joins us direct from The Congo for a special screening of Martha: A Picture Story, followed by an audience Q+A at the Belmont Cinema, and on Friday June 10th, join festival artists and guests in a chaotic – but possibly educational – street art ‘Fight Club’ hosted by Doug Gillen of Fifth Wall TV at Spin, Aberdeen.

The extended Nuart Plus programme includes artist talks, panel debates, film screenings, walking tours and workshops. The theme for this year’s street art conference (10–11 June) at Cowdray Hall follows the festival theme, Reconnect. The two-day program brings artists, researchers, creative practitioners and the public together for the first time since 2019. Highlights include artist talks from festival artists, and panels with local, national and international creative practitioners.

Keynote speaker Dr Lucy Finchett-Maddock (UK) unpicks the powerful relationship between art, transgression and power while Dr Stephen Pritchard (UK) will share his thoughts on the recent community turn in street art. Melbourne-based researcher and curator Dr Lachlan MacDowall (AU) will share his experience curating Flash Forward, a city-wide program combining art and music, while Dr Erik Hannerz (SE) will share his ideas on how we could ‘re-write’ the city, and think outside the grid, by adopting some lessons learned from those who see the city’s surfaces as full of creative possibilities. The program also includes panel discussions for creative professionals on strategies for creating and sustaining independent creative spaces and projects.

Issue 6 of Nuart Journal will be exclusively launched at the Nuart Aberdeen Street Art Conference, on Saturday 11th of June. Nuart Journal was first published in 2018 to widespread critical acclaim. Professor Jeff Ferrell, from Texas Christian University has called Nuart Journal ‘the most exciting mix of political, visual, and intellectual energy I’ve seen in a long time!’